What to do when GetDefaultSiteCollectionTermStore fails

I was in the kitchen whipping up a fresh batch of SharePoint 2016 development environments recently. Using Export-PnPTermGroupToXml, I generated some exports from a tasty Taxonomy I had in another environment. Once my deployment scripts had run, I tried to import the Term Sets using Import-PnPTermGroupFromXml only to have SharePoint Server serve me up a steaming pile of nope nuggets:

Apparently PnP was unable to establish a TaxonomySession. As I chewed on this error message for a minute, it started to taste familiar. Depending on how you’re interacting with the Managed Metadata Service, you’ll get various permutations of errors about GetTaxonomySession returning null or default Term Stores not being found if the Managed Metadata Service is not configured correctly.

I navigated over to the Managed Metadata Service Proxy’s configuration and found that the Service Application Proxy was a little undercooked: 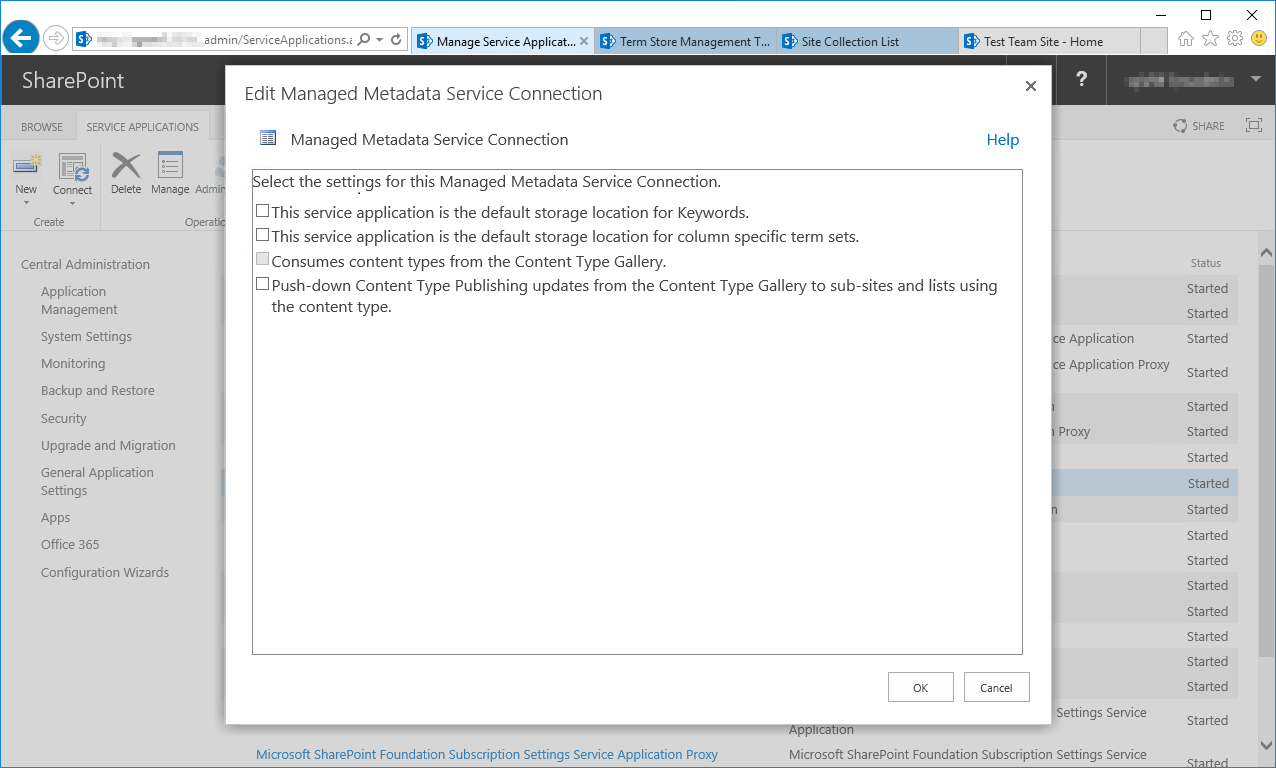 The Recipe for Success

The above will work in a bind, but I was only in this predicament because my new build script was missing key ingredients. To make sure your Service Applications are al dente every time, you should configure them programatically as part of your deployment.

You can bake this into your build scripts by making a call to Set-SPMetadataServiceApplicationProxy with a pinch of -DefaultKeywordTaxonomy and -DefaultProxyGroup. Here’s one I prepared earlier: